Posted by Coco Loco Eco-resort on January 6, 2016 | Featured | No Comments

Their story could be a Disney movie: three handsome lads sharing a dream and achieving it against all odds. Except this is not the Enchanted Forest. It’s northern Nicaragua.

Alumni Jamie Collum (BCom ʼ03), Earl Cahill (BSocSc [Criminology] ʼ01) and Ben Orton (who attended the Telfer School of Management) were travelling together through Central America when they fell in love with Nicaragua and wanted to stay. They started making plans to build a backpacker hostel near Chinandega, along northern Nicaragua’s west coast.

Today, Collum, Orton and Cahill are the owners and hands-on managers of El Coco Loco Resort, a community-focussed eco-resort located near Chinandega, and founders of the associated Canadian-based charity, Waves of Hope.

It’s fair to say that Collum, Orton and Cahill’s early challenges in Nicaragua were immense. To start with, none of them spoke Spanish.  Then, they needed to work for several years in Canada to raise enough money to acquire almost five acres of land and construct the resort. And then, there were the doubters —those who didn’t believe in their idea or their depth of commitment— to contend with.

“Everybody doubted us,” says Collum. “For me it was a huge driver. Y’know, it was bit of a crazy dream and we’d tell people about it and they’d sort of laugh and say ‘good luck’… They all thought it would fade away. That really pushed me to want to see this through. To show people that you can do whatever you want in life if you really set your mind to something. If you put your heart into it, you can do it.”

The challenges might have been insurmountable if it weren’t for their strong bond of friendship. The three had met in residence at the University of Ottawa and became firm friends. Collum came from Burlington, Ontario; Cahill from Kingston, Ontario; and Orton from Sebec, a small town in central Maine.

Their collective approach to running El Coco Loco Resort and Waves of Hope is based on mutual respect, friendship and appreciation for their individual talents: Orton’s carpentry/handyman background, Collum’s aptitude for business and Cahill’s customer-service focus.

Both business and charity continue to grow, giving them the simple and flexible lifestyle that was always the impetus behind the dream.

“It was the whole idea of an alternative lifestyle, not a nine-to-five position with a few weeks of holidays,” says Cahill.

From the time it took them to raise the money to finance their vision until the arrival of the first backpackers, in 2010, their minds changed — not about what their business would be but about whom it would be for.

So they reworked their business plan, but kept the initial goal. They focussed on building a resort that would cater to a higher-end clientele, but without the price tag to match. Today, El Coco Loco Resort is a go-to place for surfing and yoga enthusiasts and for those who just want to learn. Surf camps make up approximately 25 to 30 per cent of their business, while yoga retreats and yoga teacher training – about 45 per cent – are the resort’s largest growth area.

For visitors wishing to volunteer their time and immerse themselves into a new culture, service retreats are another option. Visitors of all ages, often university and high school students, stay at the resort for a week and volunteer 20 to 25 hours on established Waves of Hope projects. The remaining time is spent enjoying the area, including surfing and enjoying the beach.

“The groups are very optimistic and energetic and they really connect with the community,” says Cahill. “When the volunteers are helping out with a project, they’re able to realize the difference this is going to make for this community.”

The partners like to encourage service group visits, because what is good for the resort is also good for the charity and for the community. The resort hires locally, pays its employees fair wages and offers them benefits, including scholarship opportunities. This “giving back” to the community has always been part of Collum, Orton and Cahill’s vision.

“The reason why we do the service work isn’t because it is good for business, although it has become very great for our business. We do it for the right reasons — there are a lot of needs down here,” says Orton.

In partnership with El Manzano Uno, their closest neighbouring town, with about 50 families (roughly 300 people), Waves of Hope chooses projects based on how they’ll strengthen local education, health care and infrastructure. Another eight to 10 rural communities, located in the same part of northern Nicaragua, also benefit.

One of the charity’s most significant accomplishments has been building a high school with some $130,000 raised for its construction and outfitting it with resources. Working with local residents and visitors on service retreats and partnered with Surf for Life, a U.S.-based NGO, and the Nicaraguan Ministry of Education, the school is now operational.

“We’re working on an art program right now,” says Collum. “We have English classes going on and we really want to bring technical programs into our school, such as mechanics and baking, that will help people find jobs around here.”

Some other Waves of Hope projects are youth programming for the children and young adults in the community and the ongoing Community Clean Water Initiative which is building a deep-water community well in El Manzano Uno. It’s possible that clean filtered water will be produced by the end of 2015.

Little did they realize, in 2005, when they wrote that first business plan, to what extent their lives would be rewarded by pursuing their dream. True, nothing is perfect — even in the paradise they’ve created. They live far from their extended families and friends in North America and their success means managing a 24/7 workload. But for now, they function with a plan… enjoying their work, spending a lot of time with their young families, and contributing to their community. Surfing too.

“We all committed to about five more years with the business and our families living down here fulltime,” says Collum. “At some point, do we want to go back to Canada? Who knows what the next adventure will bring!” 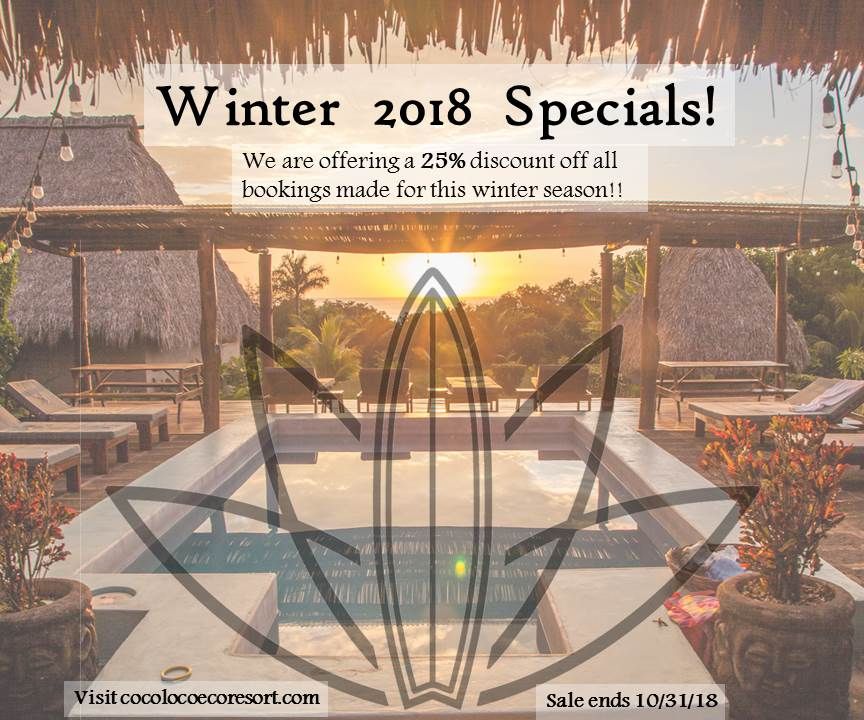